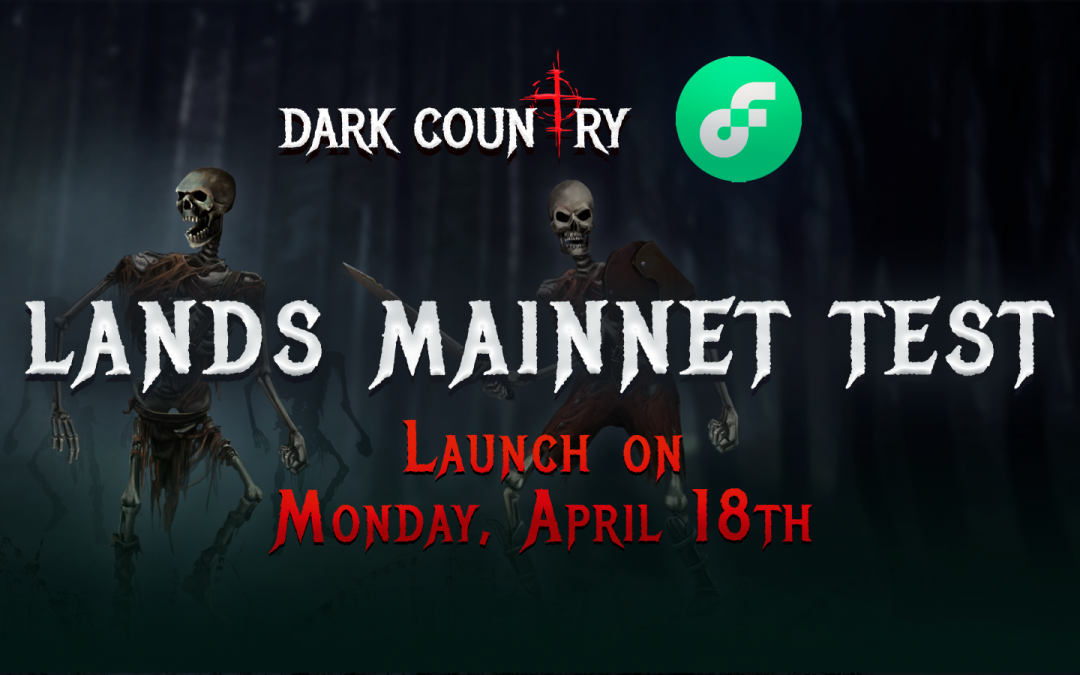 Greeting to all Dark Country Fans and Followers!

Prepare for the day you’ve all been waiting for so much — on Monday, April 18th we are launching the FLOW Lands Test Gameplay. Next week you will be able to use your assets on our land website landtest.darkcountry.io and receive our $TDM for it.

The testing will take approximately 2 weeks. We do this because we need to test all the features and give you a chance to stake all your lands and Vampire cards assets in-game. After you stake them all, you will become eligible to receive a bonus from us — 3 heroes on FLOW.

As announced by the project’s CEO earlier:

“Everyone that will engage with lands on FLOW will receive at least 3 Vampire heroes on FLOW. We are going to provide up to 12 000 heroes for everyone by land that will start playing Dark Country on FLOW within 2–4 weeks of release…

IMPORTANT: To receive 3 heroes for each land, your land NFTs should be:

Thus, if you have 10 lands and each one of them is unpacked and staked, you will receive 30 heroes.

If you are active in the land’s gameplay with your FLOW assets, you may be rewarded with more than 3 Heroes. This bonus feature will be detailed and explained later, during or after the testing is done.

Furthermore, you might want to see the statistics of what has been unpacked on FLOW already:

The gameplay on FLOW mainnet will be pretty much the same, as the one on the WAX chain.

See the WAX gameplay demonstration in the video below:

In the addition, you will be able to send both your FLOW and WAX cards to participate in quests. More details and updates on the gameplay features and changes will be introduced soon.