We will consider the card structure using the example of the Creature type, since this type is most filled with elements. Spell and Item cards are similar in structure, only they lack some elements, such as Attack and Health. 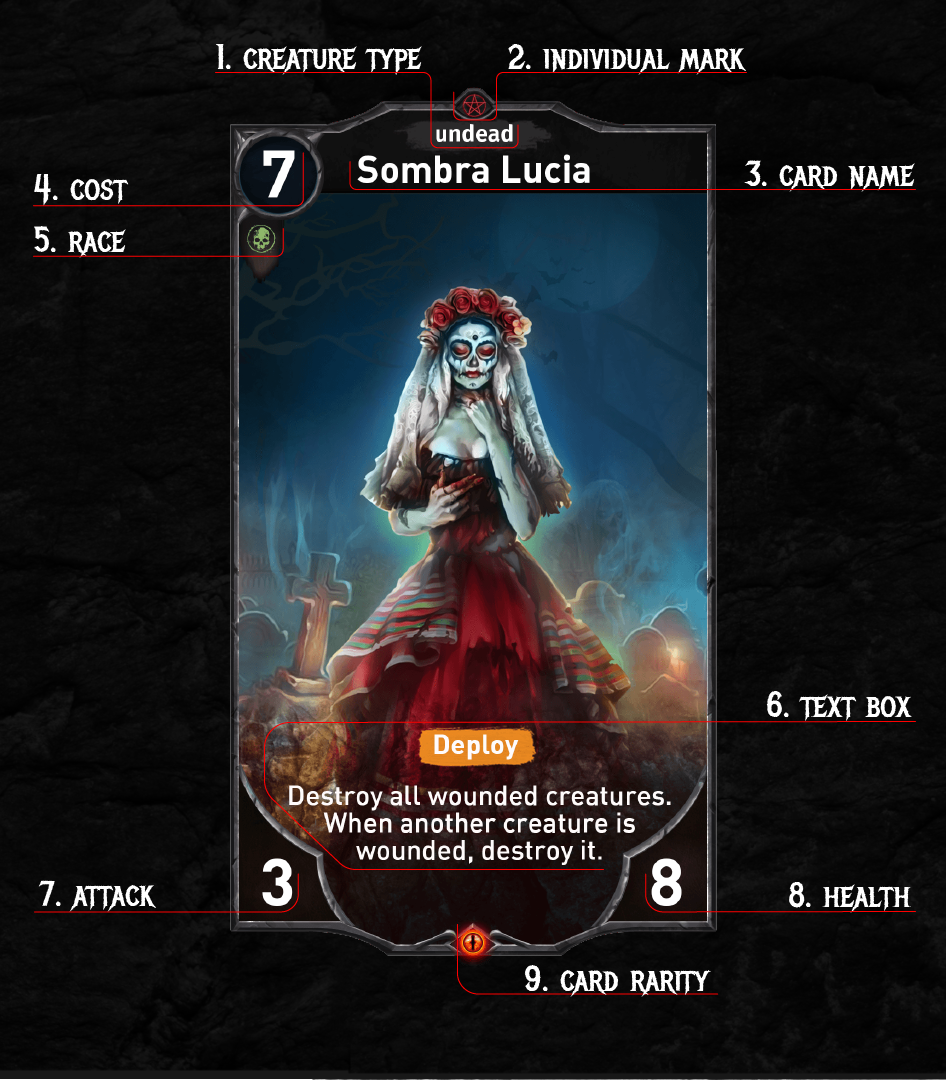 Once the Beta version is launched, the game will have 4 types of Creature:

Details on types read in the following materials

This is a mark indicating the restriction on the presence of more than one such card in the deck.Such marks will mainly have Mythical cards.

This indicates whether the card belongs to any race. When the Beta version is launched, the game will have 5 races:

For Spell, this indicates the effects that will happen when the card is played. For Creatures and Items it also tells you about any ongoing abilities the card has.