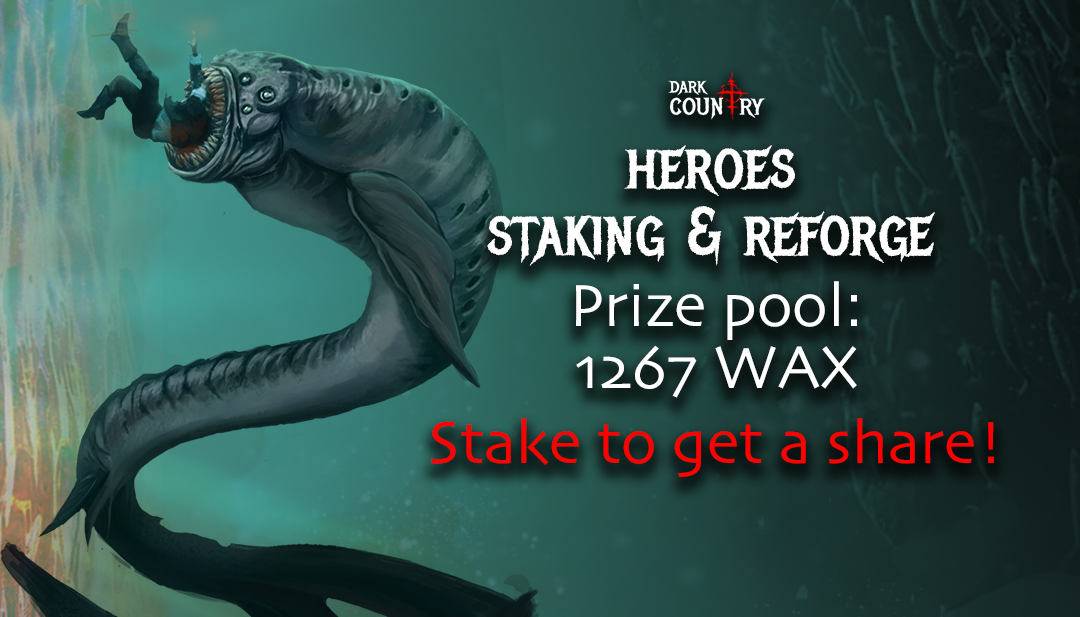 Greet the new week of Staking! The prize pool is 1267 WAX💰

What is Heroes Reforge?

Reforging is a process of burning 4 heroes of the same type (type is defined by name) and rarity into new improved ones.

There are 4 levels of reforged heroes. Reforged heroes can be used for staking, as it improves staking rewards. Here’s a table of staking rewards based on rarity and level. When a hero is reforged a new hero will appear with max stats of heroes of that particular rarity.

What are the Dark Country staking rules?

Fixed pool has different WAX funds per week for an initial 8 weeks (and more), granted by the Dark Country team. The variable pool has 2.5% fees from secondary market fees on the Atomic Market only from the previous week period. The staking week ends on Monday/Tuesday, so all rewards will be executed at that time and a new cycle will start. Once you stake your hero, rewards are starting to accumulate. If you unstake a hero anytime before rewards are distributed, you will lose rewards for that hero. Once you’ve staked your hero, we start counting how many seconds it was staked per hero per week. Find more details by the link.

Stake your Dark Country heroes to enter the pool!🤠