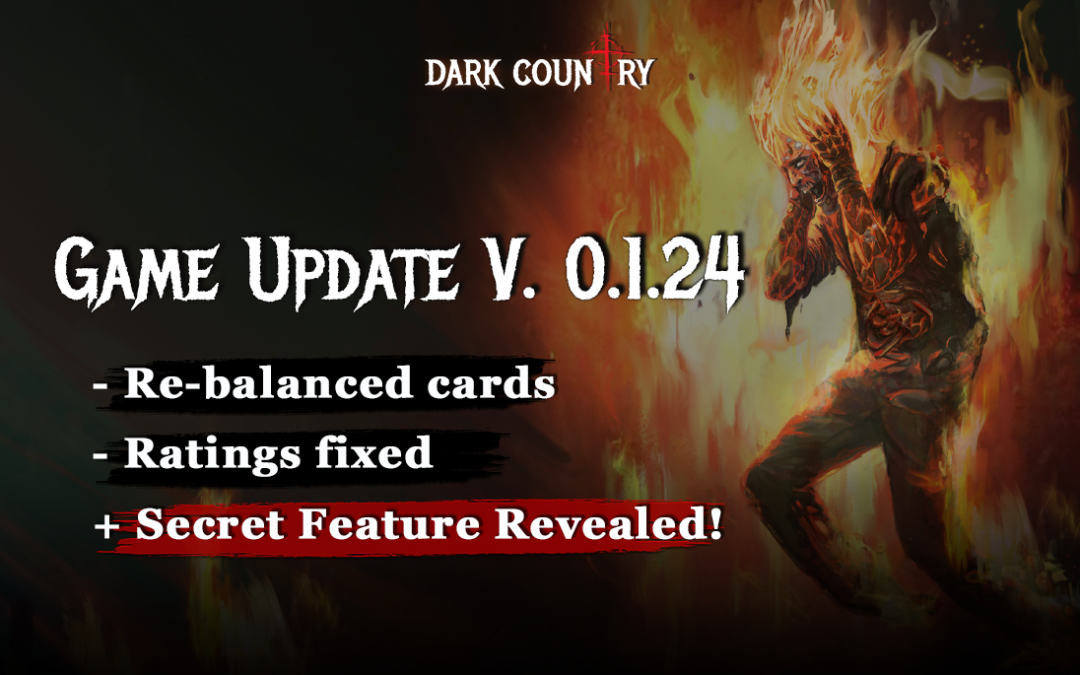 Today we`re releasing the new game update v0.1.24. And from now on you’ll see what that secret feature is! Read further…

Now the cards in the game are balanced the way they should’ve been in the last update!

Last few days we experienced some lags in the functioning of the Player`s Rating. Now, these are liquidated. You can continue playing random games & increase your rating scores!

From now on we’ll count every 7 damage done within a turn and give you a card to draw. If during the turn the damage you’ve taken is less than 7, then for the next turn 3 damage points will be deducted.
Let’s say, you’ve got 5 damage in a turn, so for the next turn, your Rage-meter will have 2 damages. And if you get
5+ damage this turn – you’ll draw a card. This way the losing player will get a chance to recover, and the game itself should be faster in the late phase.

Good luck to all!