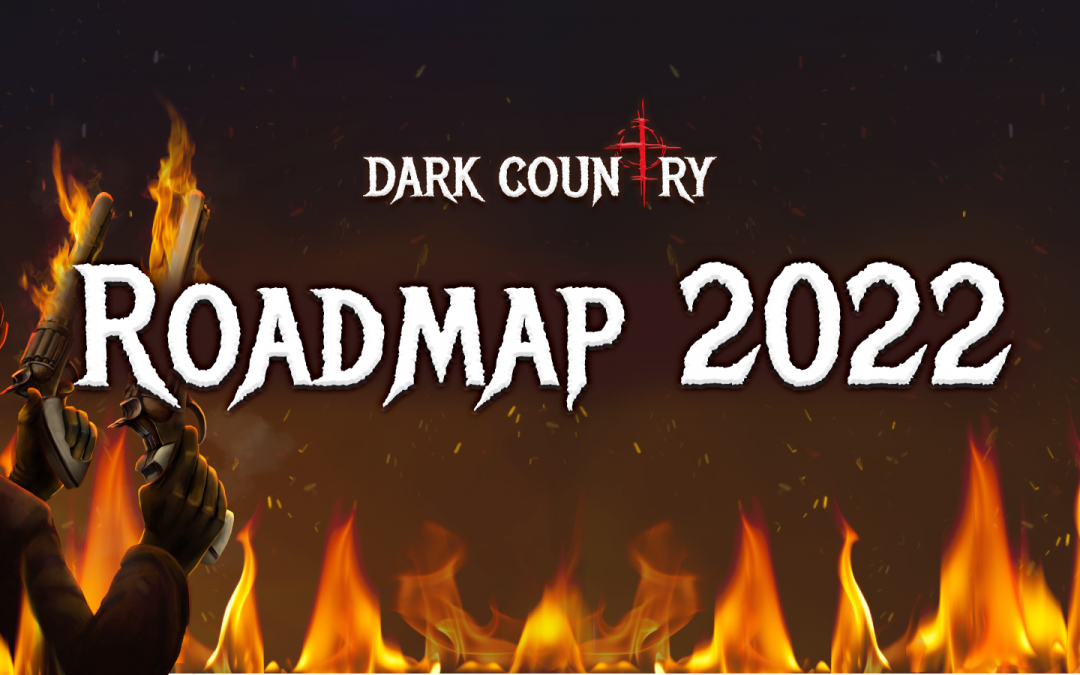 Today we want to introduce you to our updated 2022 Roadmap. Read the article below to know what will be happening in the Dark Country project in Winter-Summer 2022.

*Pay attention — the game is in the development stage and all the things mentioned below are subjects to change.

Testnet playtest will be launched for WAX and FLOW blockchains. Also new features will be added & balance changed.

Mainnet for WAX and FLOW simultaneously.

2. Play to Earn in a card game

SDM rewards will be implemented. These will be the rewards for random card game-winners.

A free basic deck for everyone will be added. There will be 20 cards and players will be able to choose the ones they like from a specific range. It is planned to also add an ability to use cards owned by players in the game — WAX and FLOW blockchains.

Weekly tournaments will be a public in-game activity. Players will need a Tournament ticket and some luck! If the supply of the tickets won`t be sufficient for all the players — they will be dropped to the market.

Additionally to Landowners, card game players will be also able to stake SDM for more SDM rewards. The higher level of the landowner’s bank, where the player stakes SDM — the better is the reward for staking.

Landowners can unite into alliances of up to 100 lands. The main goal of the alliance is to fight together for Shrines on the world map and compete against other alliances.

To fight against each other, landowners need the help of card game players (soldiers):

Guild house allows players to access guilds and manage them.

The saloon is the center of all the in-game PvP and PvE activities.

Townhall is the central town building. It allows players to construct and upgrade existing buildings.

The Arena is a place for ultimate PvP battles, where heroes fight to death to upgrade their heroes to reforged level.

Barracks is the building where players manage their heroes and decks.

Special visual effects and improvements will be added to the card game interface. Players will be able to enjoy the 3D version of the gameplay and this will help to immerse oneself into the game even better!

Landowners can set up attack orders on other landowners from different alliances. After the attack order is set up, soldiers from both alliances (attacking and defending) can join the fight from the game menu.

Landowners will be able to lease their lands — let other landowners govern their assets for SDM. The lessee will pay the Landlord a certain percentage of the profit he makes on the land in SDM.

AI is about to be introduced — for all players to play cards with it and complete quests.

For quests, players will get Chests — boxes with loot, resources and a chance to get a Common hero.

2. Heroes added to the game.

The basic deck will include heroes that will have their energy and HP. In-game resources will be used for all the game activities, like quests and fights.

There are several special locations on the world map called shrines. Controlling them gives bonuses for the whole alliance.

Landlords will have their special place (initially — Blacksmith`s, where they will be able to keep their resources and craft/upgrade certain items, important for land gameplay.