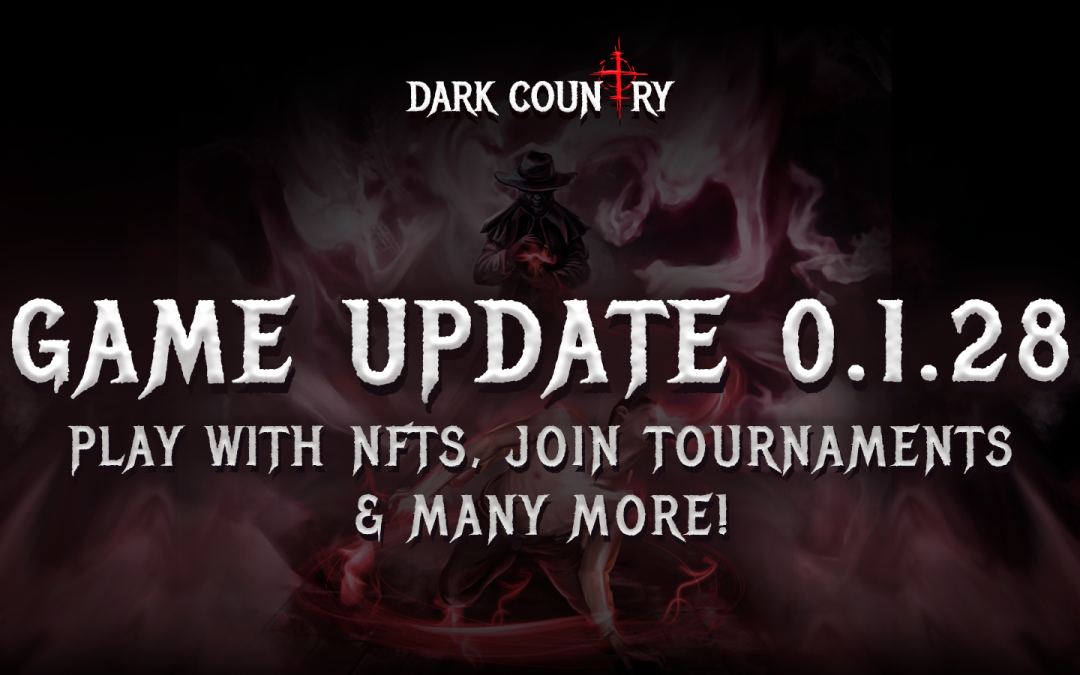 Today we are releasing the new update of the game and announcing the feature you’ve all been waiting for — the ability to play with your own NFTs! Read further to know what new features this build introduces into the game…

OR (if you’re not the reading type)

Download the game & be the first to test our new features!

WAX NFTs in the Deck-builder

The new update of the Dark Country game allows you to:

IMPORTANT: To play your NFTs in the game, you should first stake them on lands play: https://landtest.darkcountry.io/

These features mean that the Dark Country game has made its first step to play-2-earn game mode: for full and rich gameplay you will definitely need your own NFT-cards. They can be bought on various WAX (Atomic Hub, NFThive, Simplemarket, Nefty Blocks, Chain Camps) marketplaces.

This game update also introduces various gameplay and tournaments mode improvements. Such as:

Thank you for following the Dark Country project’s updates.

Download the game and the new updates for yourself!

See our latest roadmap to know what is coming next:

(some features and development stages are delayed due to ongoing war in Ukraine, which is the home to most Dark Country team members)