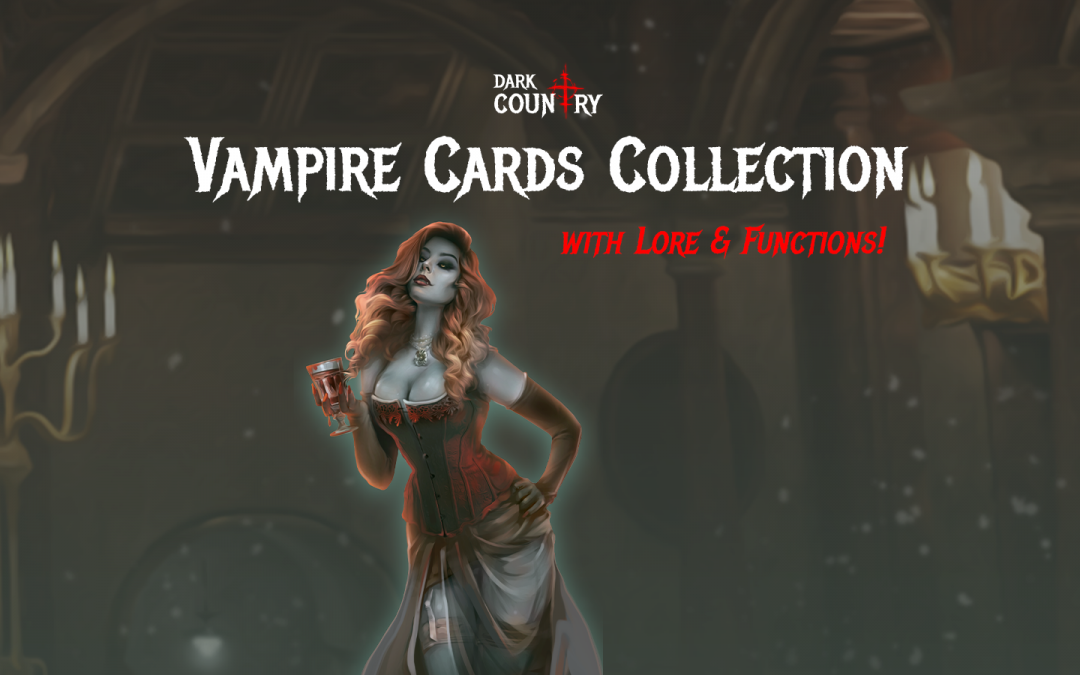 Remember: the Vampire Card set is for Flow blockchain ONLY.

Remind yourself of the first part of the lore & other cards. Enjoy the second & last part:

“…She was impeccably dressed and her pale face wore a smirk of arrogance. The bartender stifled a shiver from his core as the woman slowly took in her surroundings. The street lamp directly outside should have been casting a long shadow of the woman directly onto the floor in front of him. He’d seen it a thousand times, but this time there was no shadow.

She strode into the room as gracefully as any woman he’d ever seen, more like gliding than walking. Approaching the bar, she turned her head slightly to look at Maynard the drunk, who was unable to stifle his own shiver. Instead, he reached for his poncho, wrapping it around his body like a child hiding beneath its covers in the throes of a bad dream. Finally, the woman reached the bar, where she leaned in close to the wide-eyed bartender.

She looked at him like a hungry cat addressing its prey, then licked her scarlet lips and introduced herself as Carmilla. “One glass of red wine for me, darling,” she said in a voice deep and rich with secrets. The bartender completely forgot that it was closing time, and not long after that, Carmilla’s friends arrived.

Be on the lookout for mysterious new evils and strange creatures of darkness when you take to the battlefields: Succubi, Ghosts, Gargoyles, and other nightmare spawn. Help to fight off bloodthirsty Vampires and beasts from the depths of beyond. Or don`t — we can`t tell you what to do…”

We hope you enjoyed the story of Dark Country Vampires and the cards themselves!